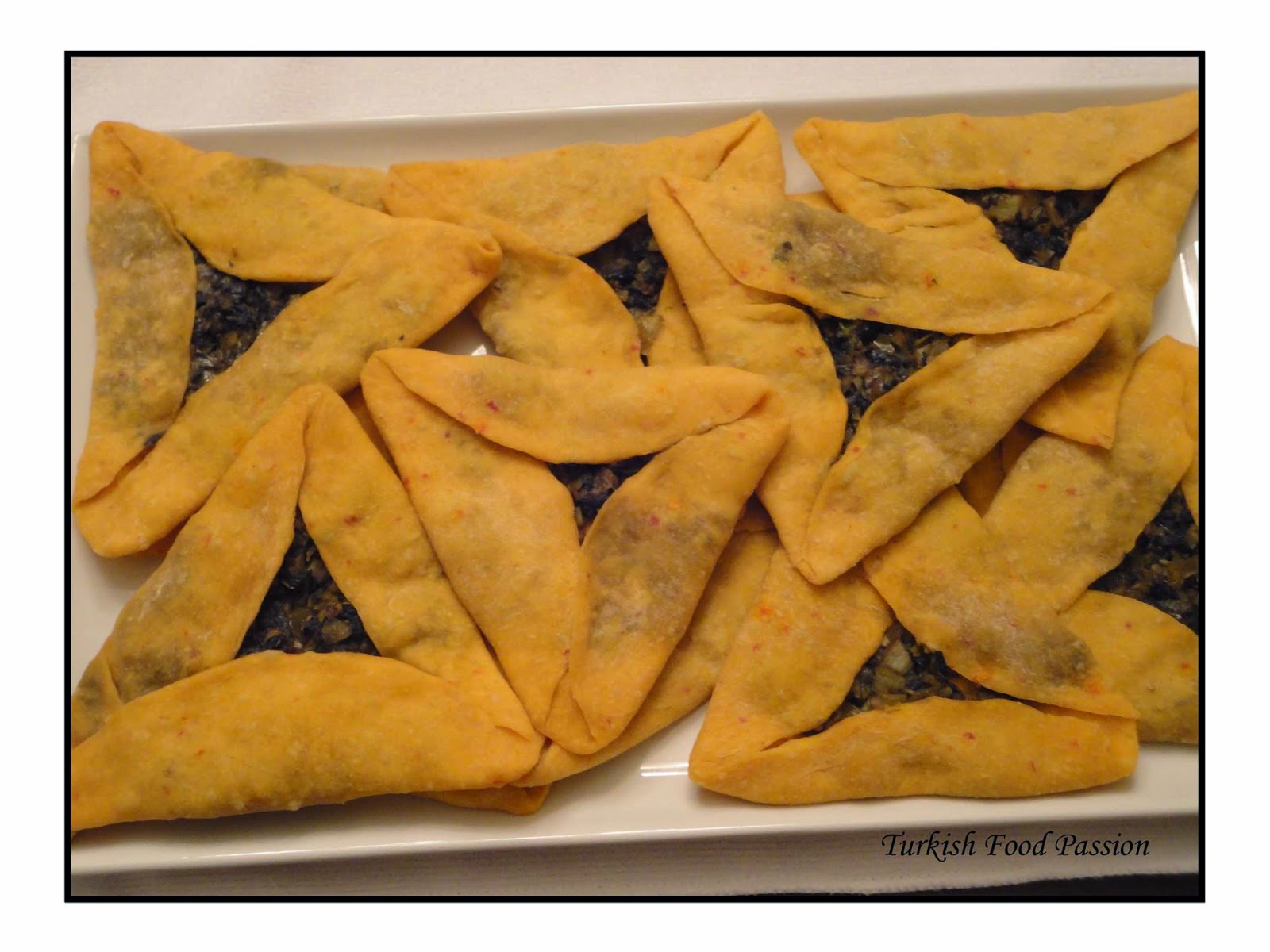 With winter comes, my favorite winter vegetables: chard and leeks. I started buying chard and leeks because of their nutritional value which I feed my little kids on a weekly basis. I grew up eating chard which I was not fond of but my mother only made it with a yogurt soup with grain which is eaten cold. I don’t recall eating it any other way. For böreks, my mother only used spinach and never chard. After I learned cooking many years later, I tried böreks with Swiss chard and regular chard and I was very happy with the results. This time I wanted to add leeks since I had them on hand and really it was so light and delicious! 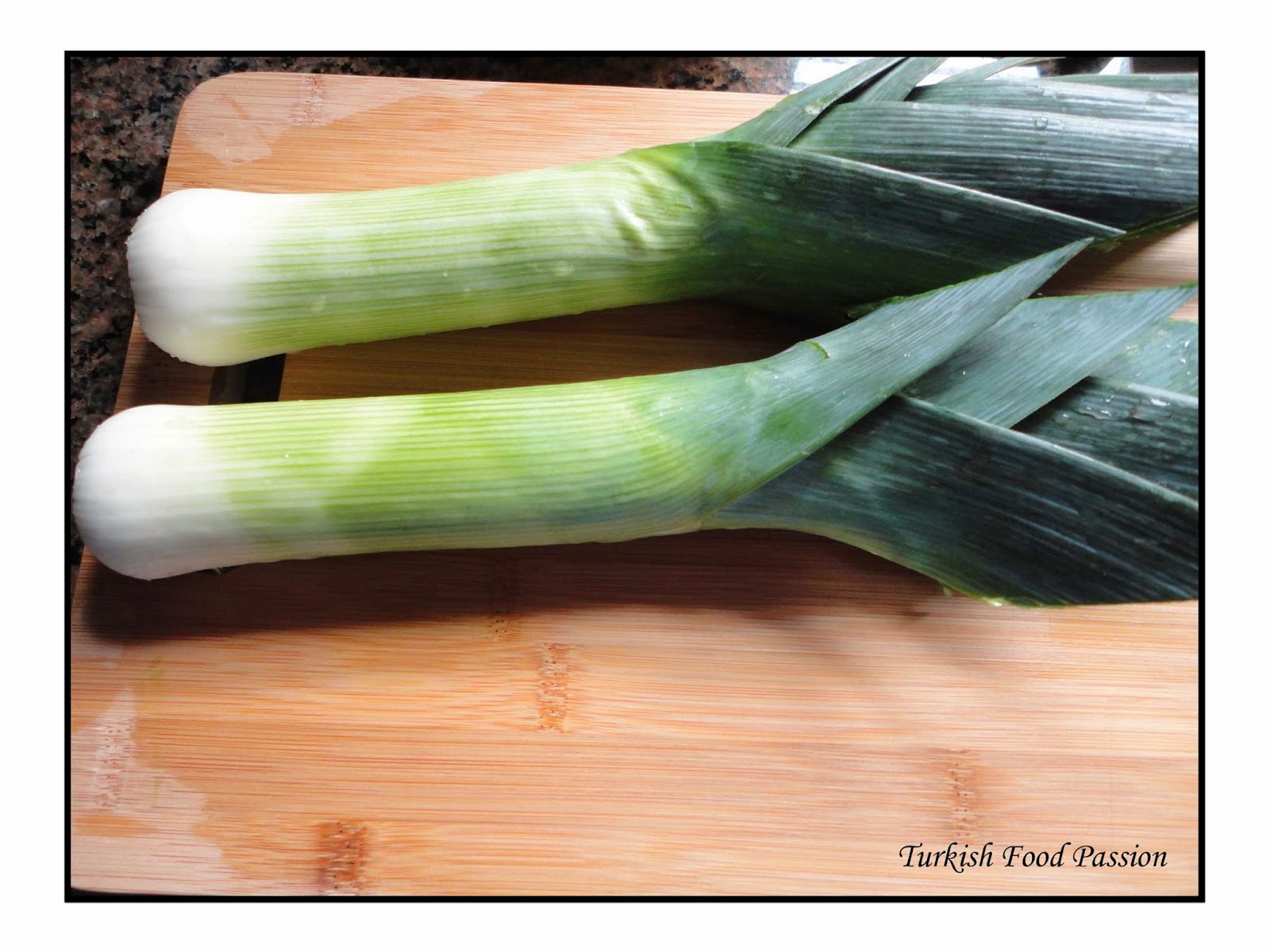 I prepared the stuffing ahead of time and froze it as it is almost impossible for me to make everything the same day with two little kids and work.  I made the dough the same day I made the böreks and the stuffing tasted as if fresh. We all enjoyed them; especially my boys. They kept wanting more and more. Even though I was in a hurry when making them and didn’t take very good pictures, I think the pictures are acceptable and will explain the steps pretty well. 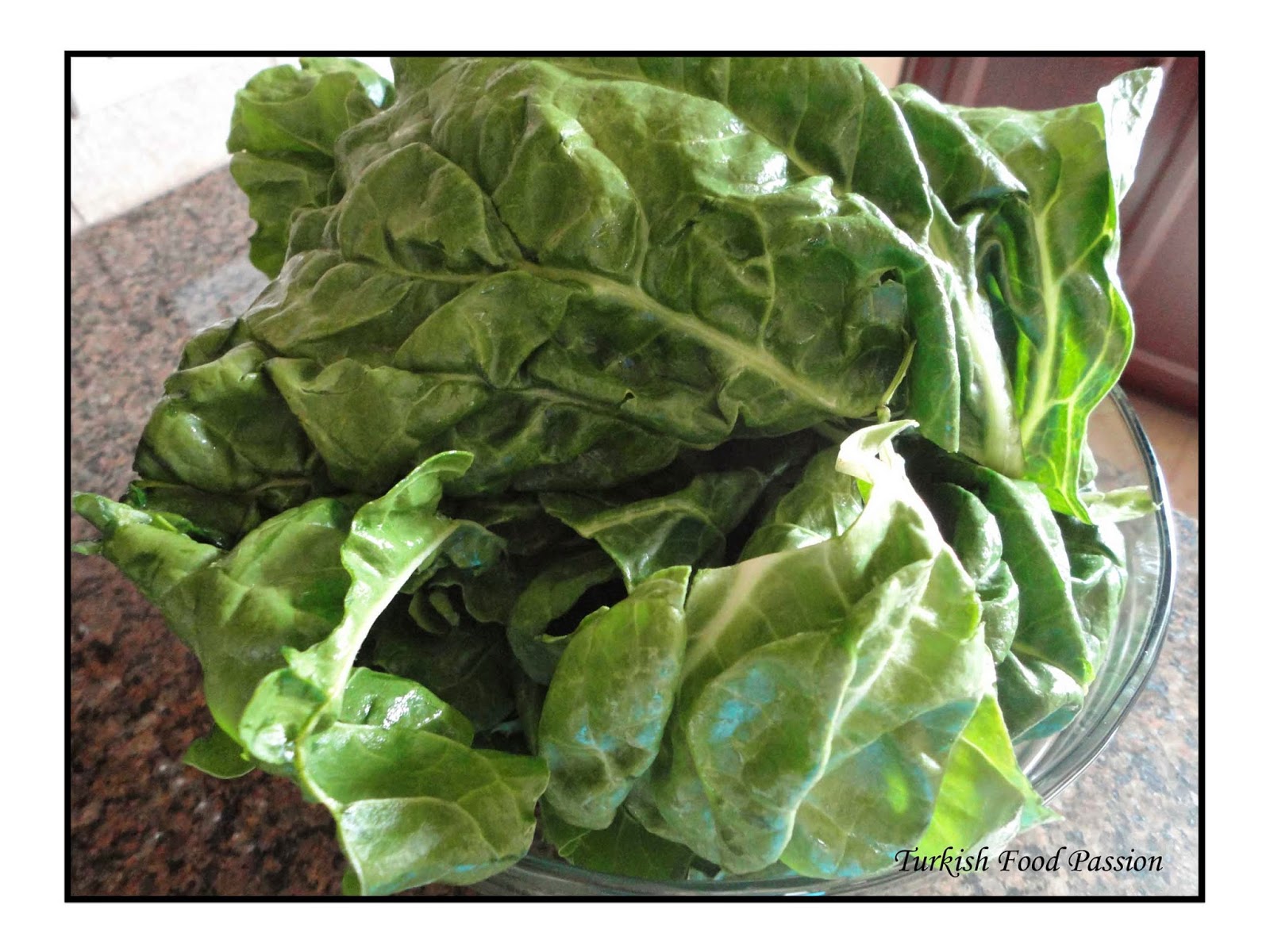 Caveat: You will most likely have leftover dough. I could have adjusted the proportions for the recipe, but I did not want to do that without really trying it. You can use the left over dough for any type of stuffing you like or even a small pizza.

Now it’s time for the recipe.

Let yeast sit in warm water for 25-30 minutes until it bubbles.

Attach the dough hook to the stand mixer. Add the flour, salt, red pepper paste and olive oil in the mixer bowl and run it on stir. Gradually add the yeasty water. Change the speed to 2 and let it knead the dough until it is soft. It should take less than five minutes. Cover with a damp cloth and let it sit for two hours.

Add the flour, salt, red pepper paste, olive oil and half of the water and start kneading. Add the rest of the yeasty water gradually and continue to knead until soft dough is attained. It should take about 15-20 minutes. Cover with a damp cloth and let it sit for two hours.

Remove stems of chard from leaves.

First steam stems of chard until soft as they will take longer to cook than the leaves. Remove and steam chard leaves until wilted. Chop both stems and leaves small.

Slit leeks in half and wash thoroughly several times to remove all the dirt between the layers. 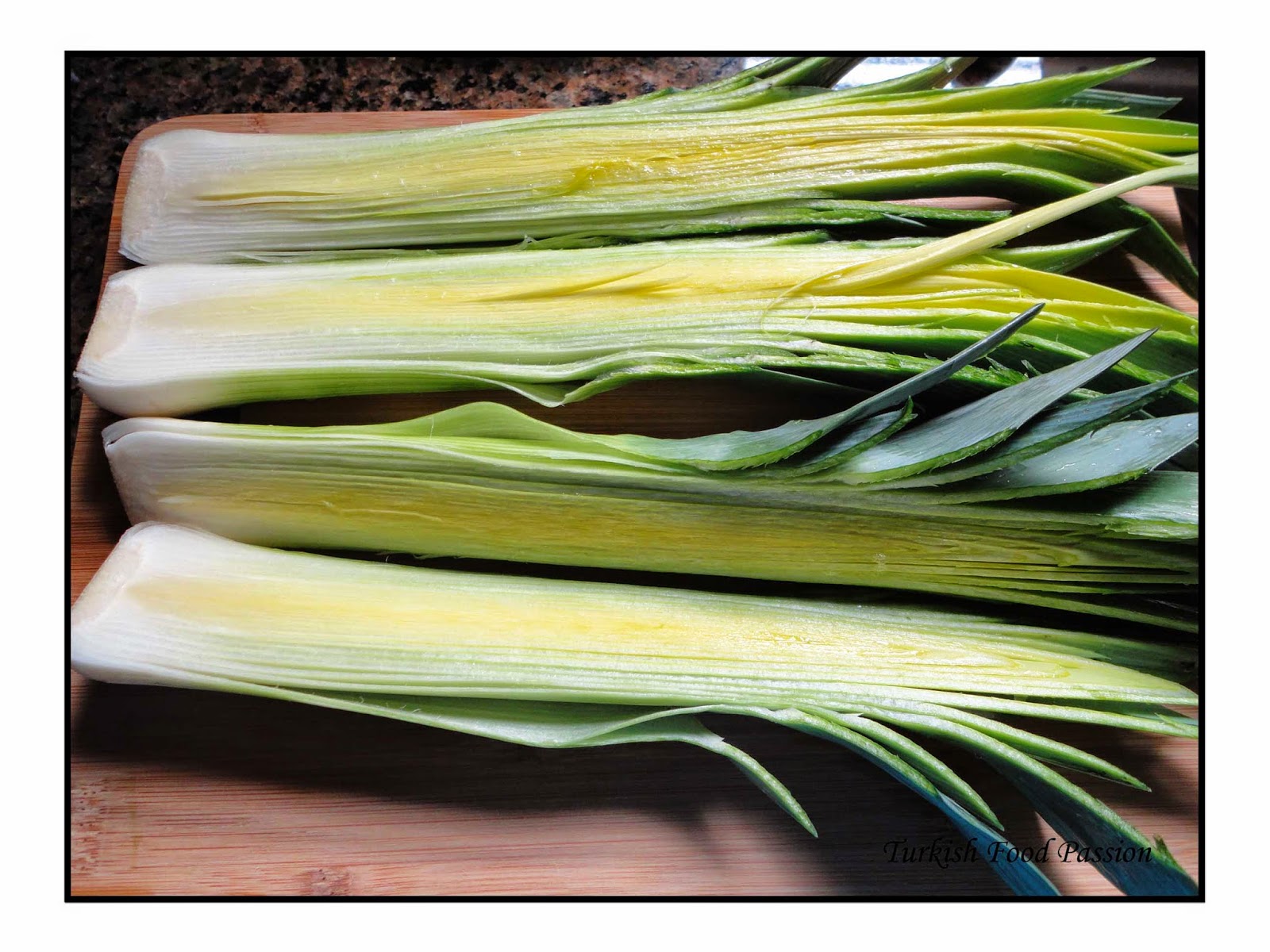 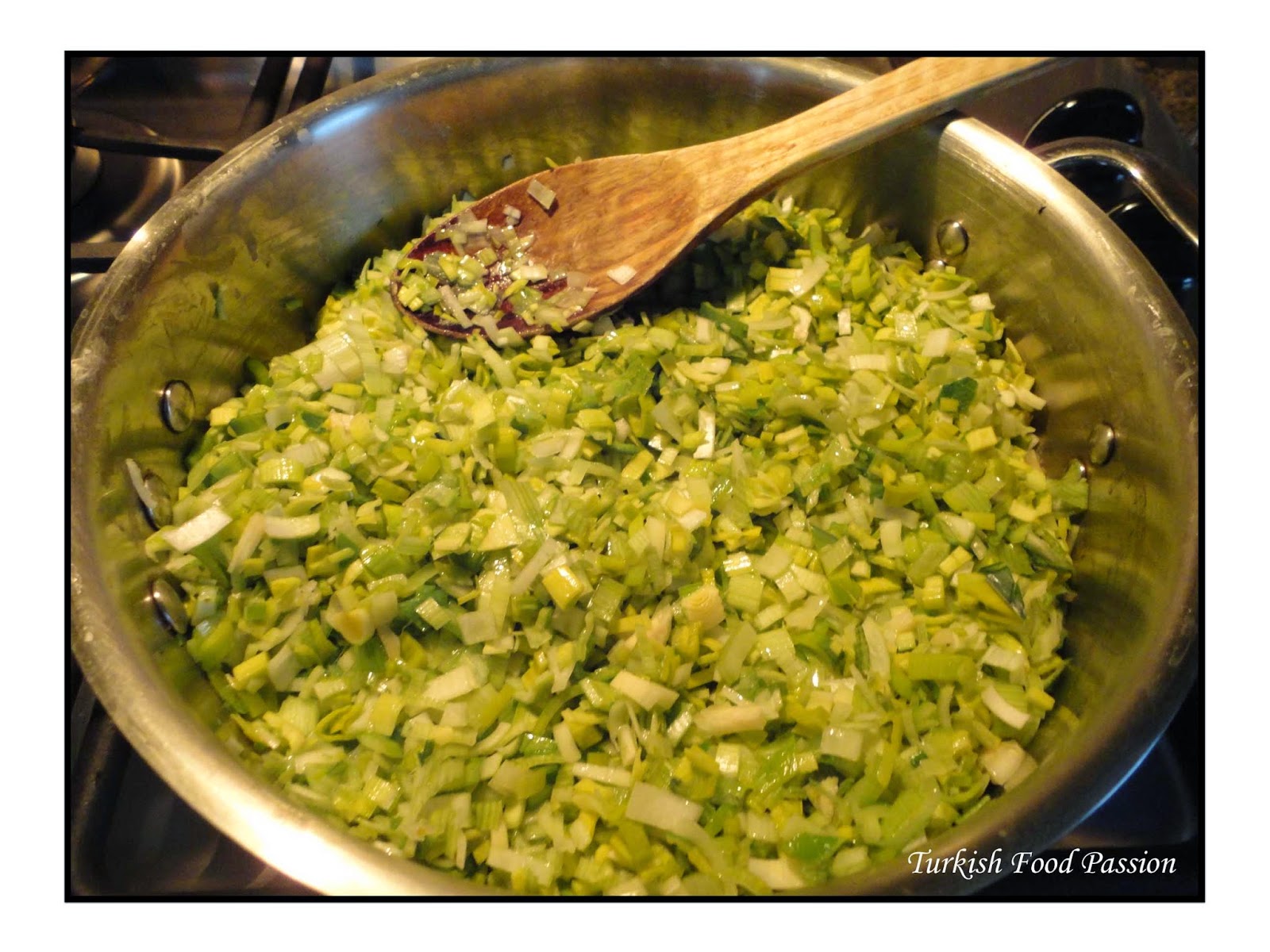 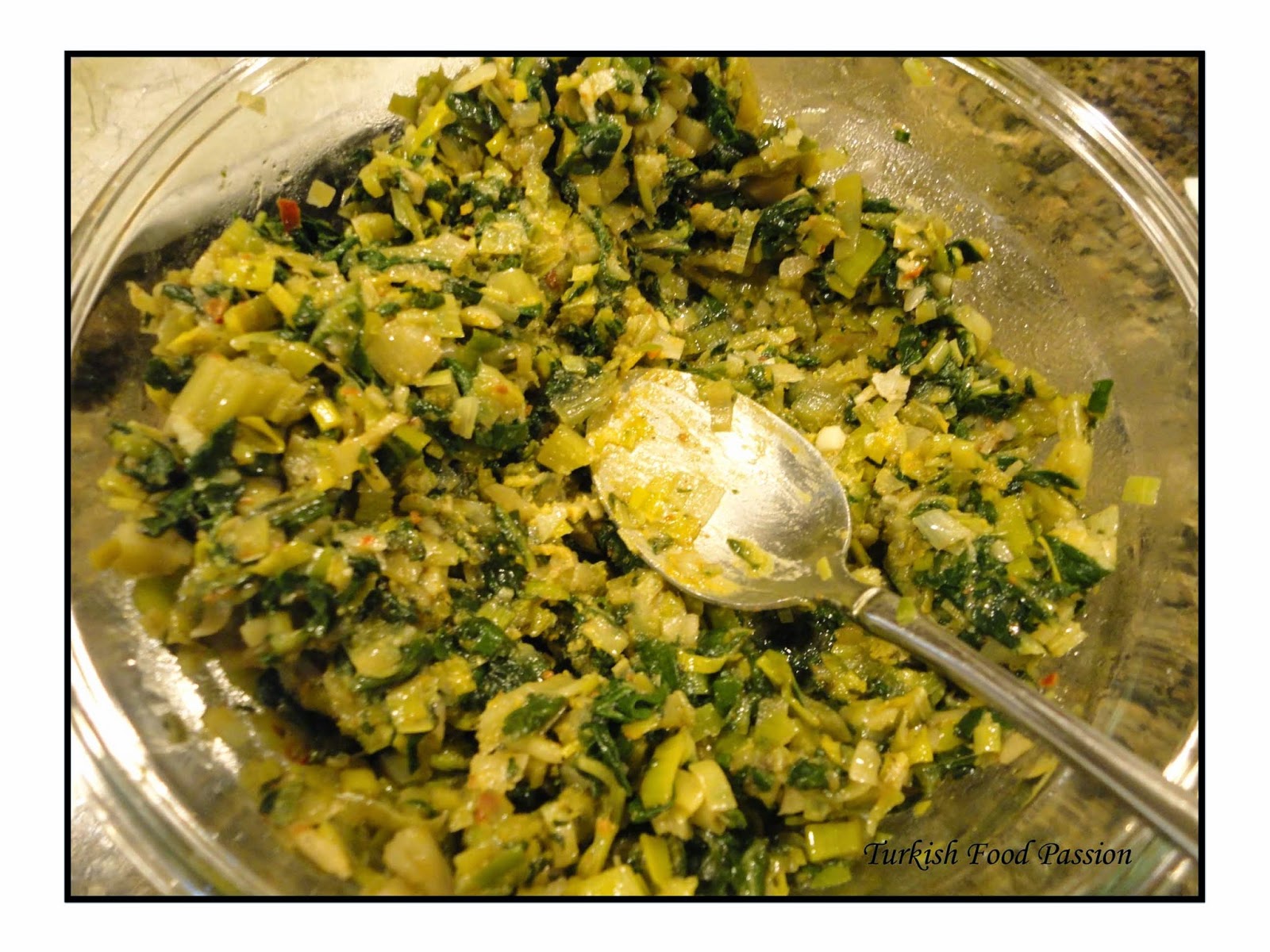 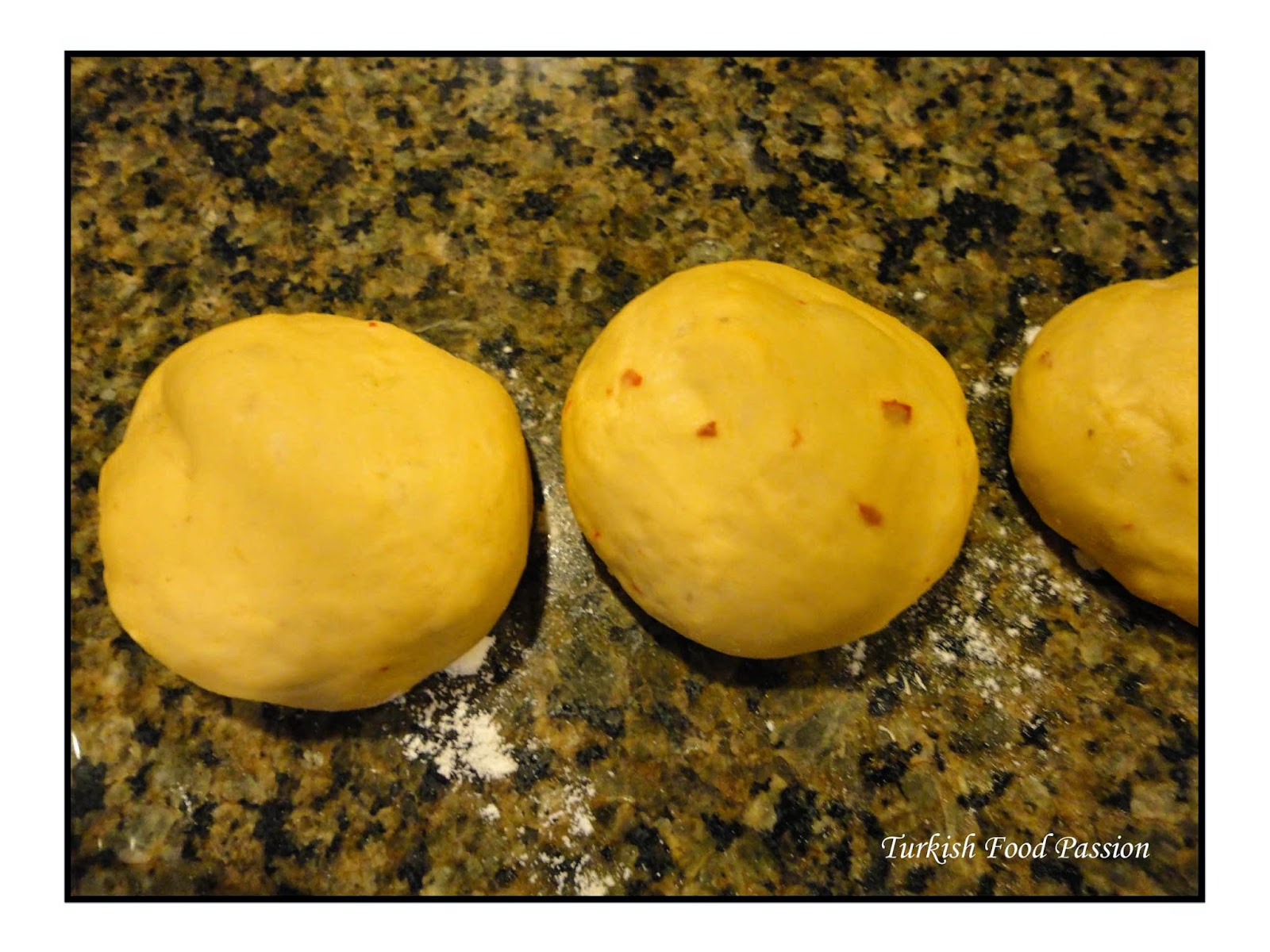 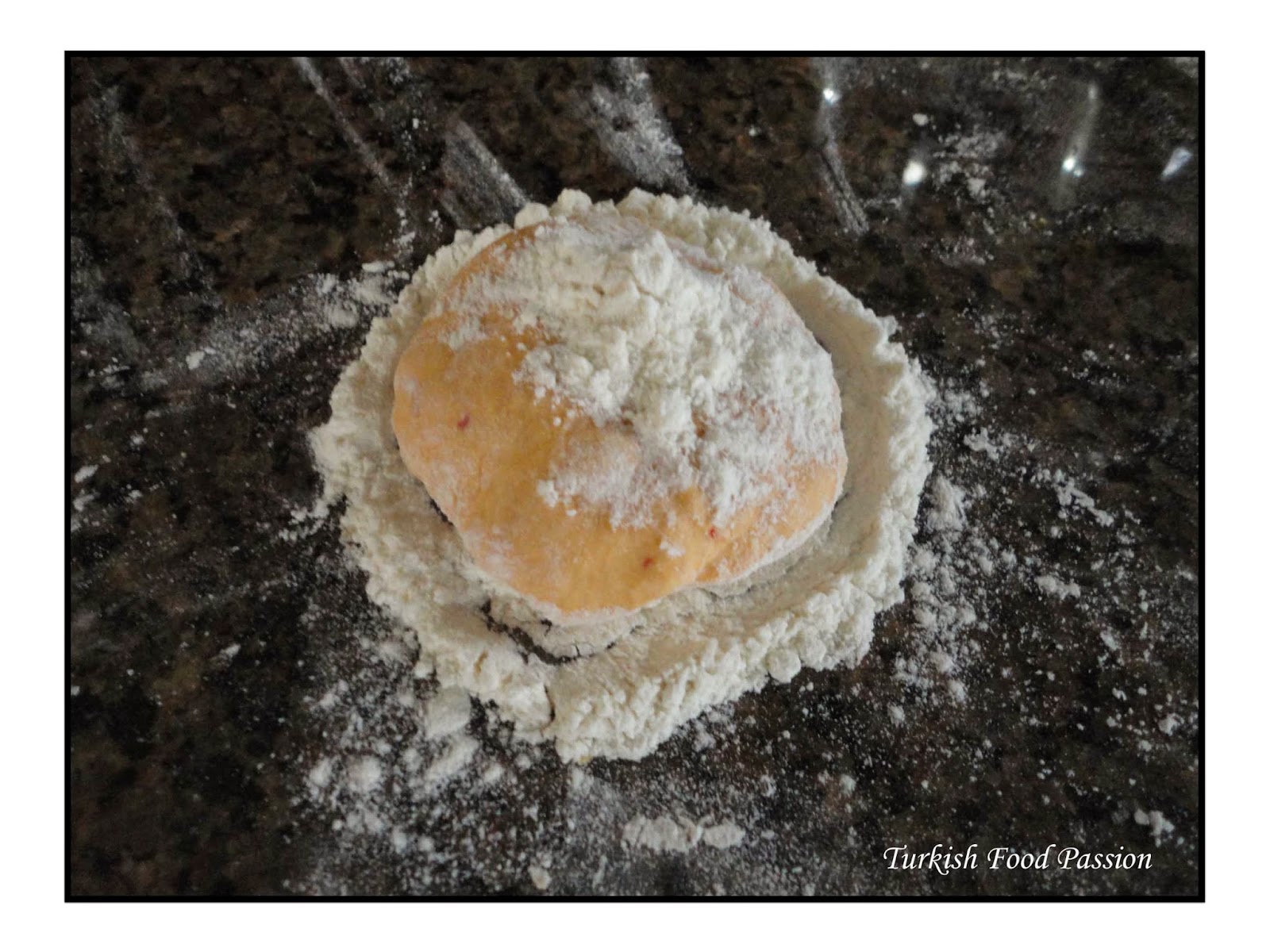 Flatten with your fingers and start rolling. 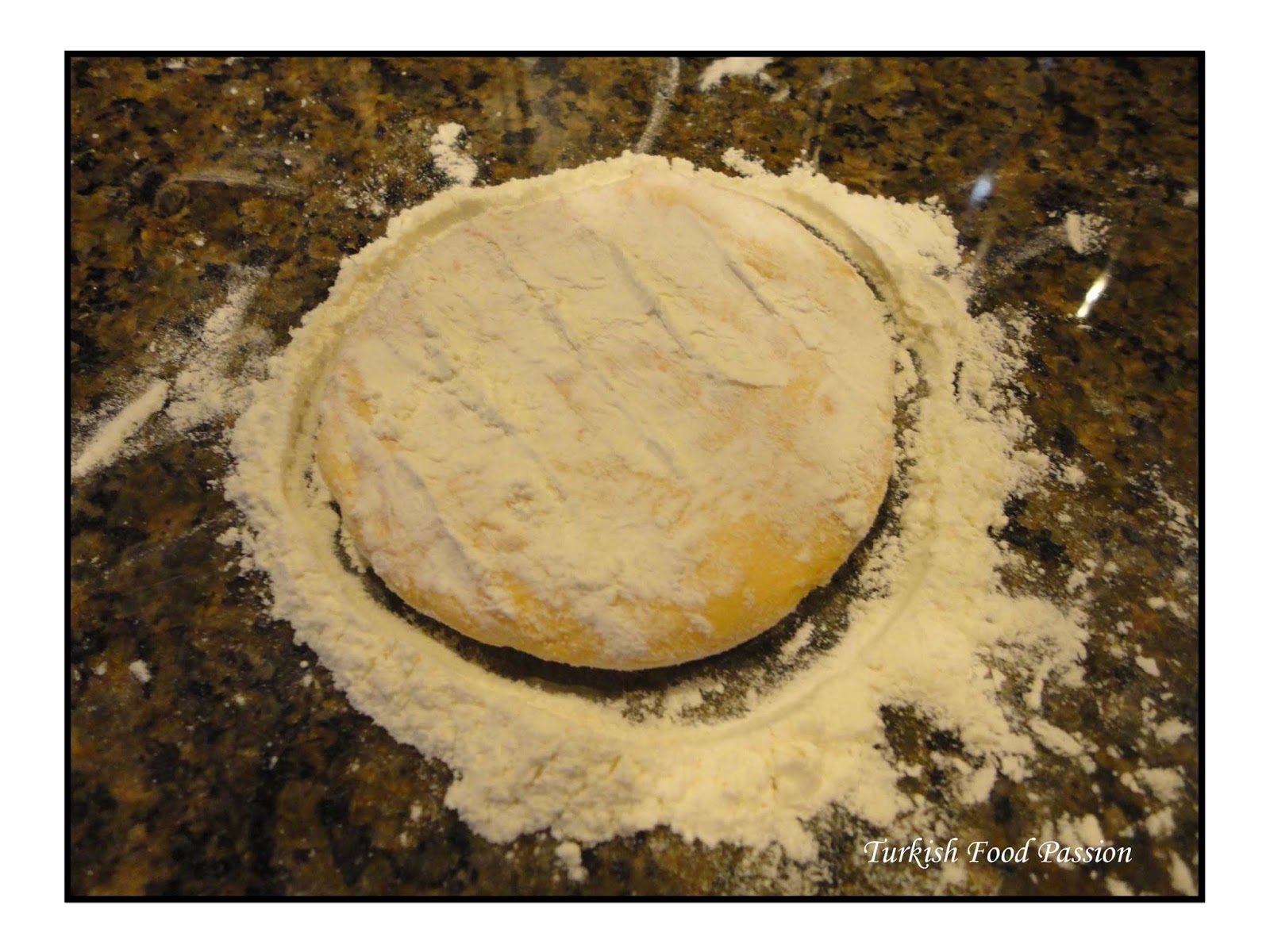 Make the pastry 9-10 inches in diameter, smaller if smaller pastries are desired. 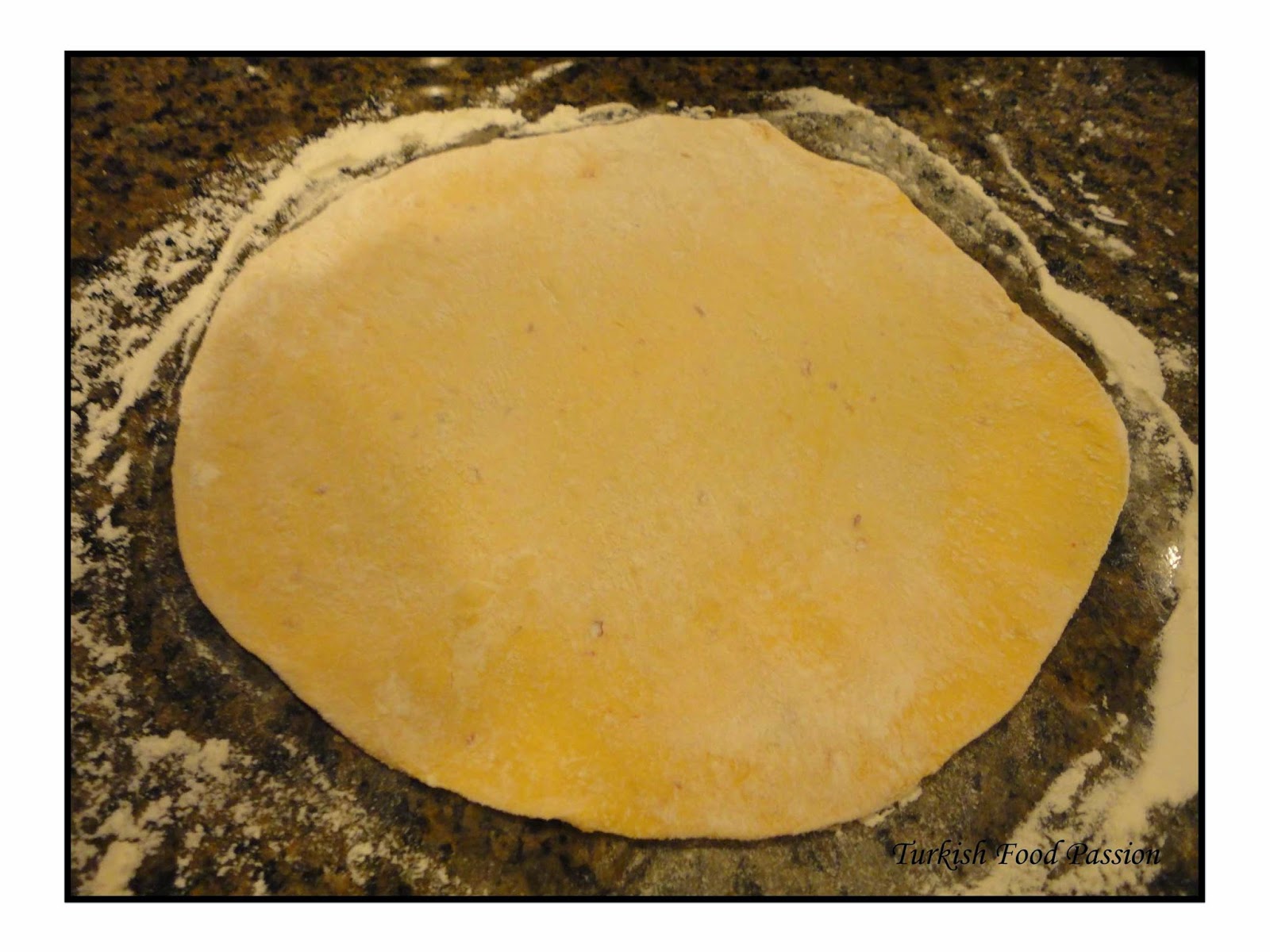 Add 3 tbsp of the stuffing in the middle of the rolled dough and fold the outer 1 inch from the left, right and the bottom to create a triangle. 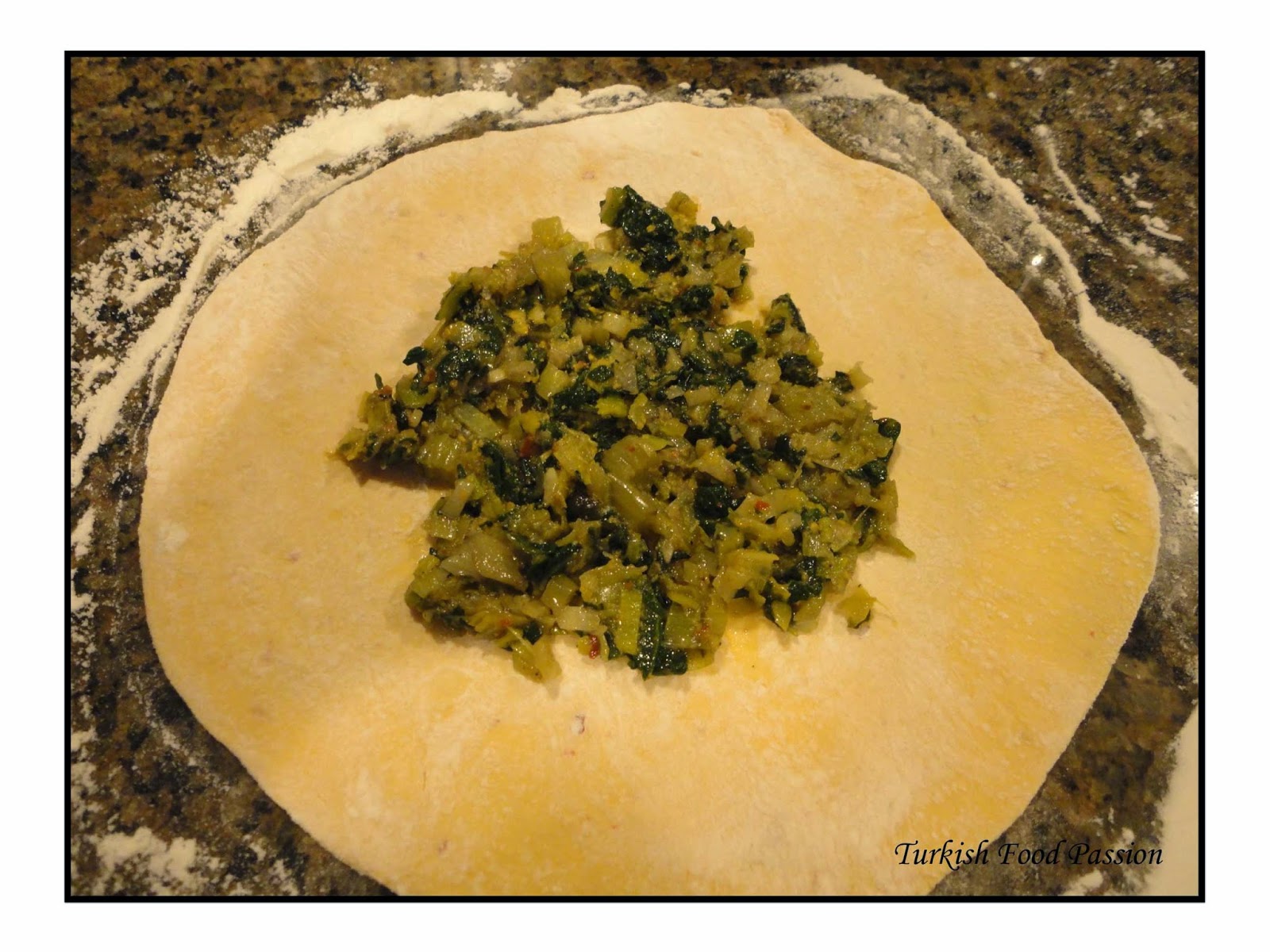 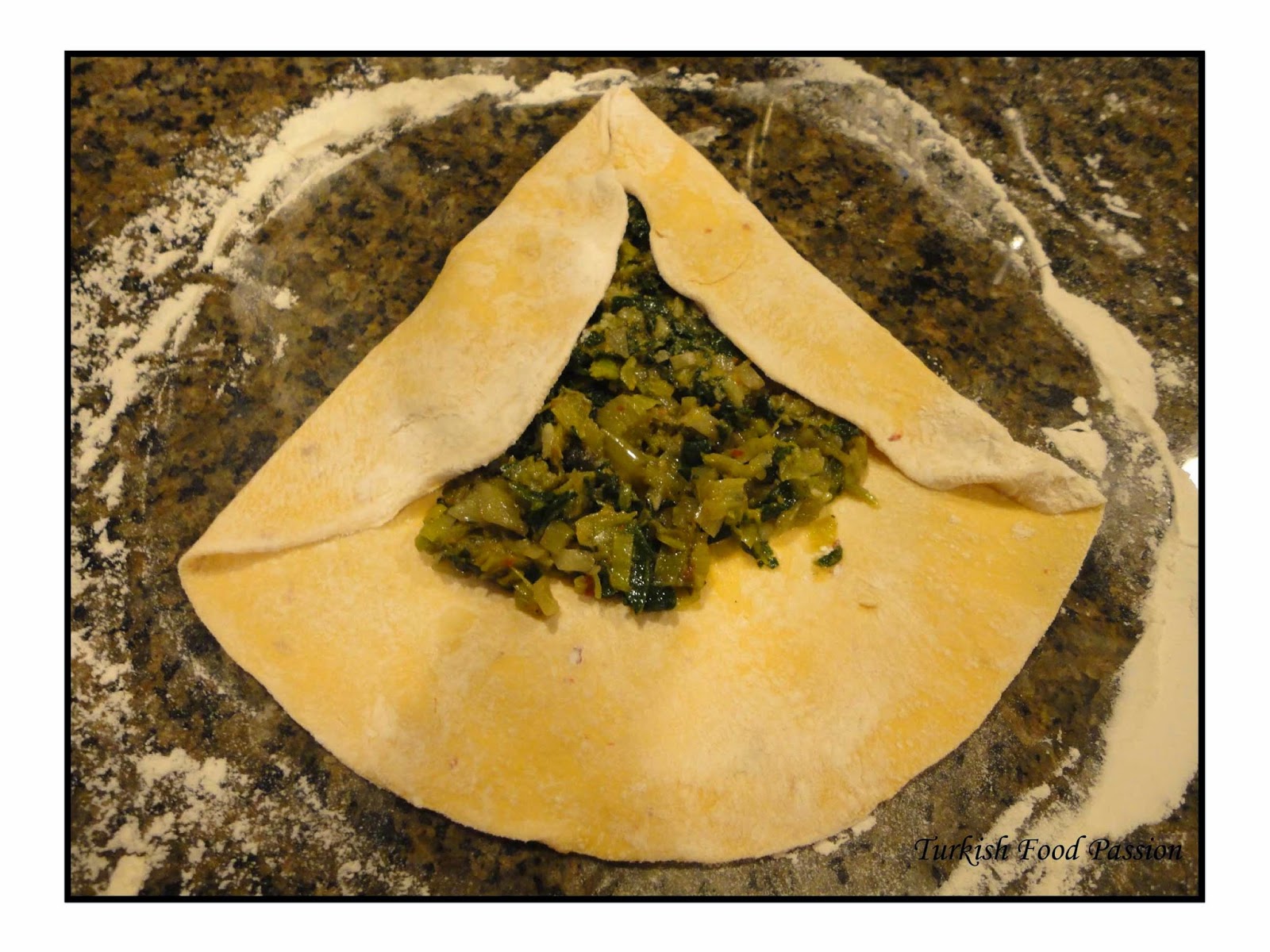 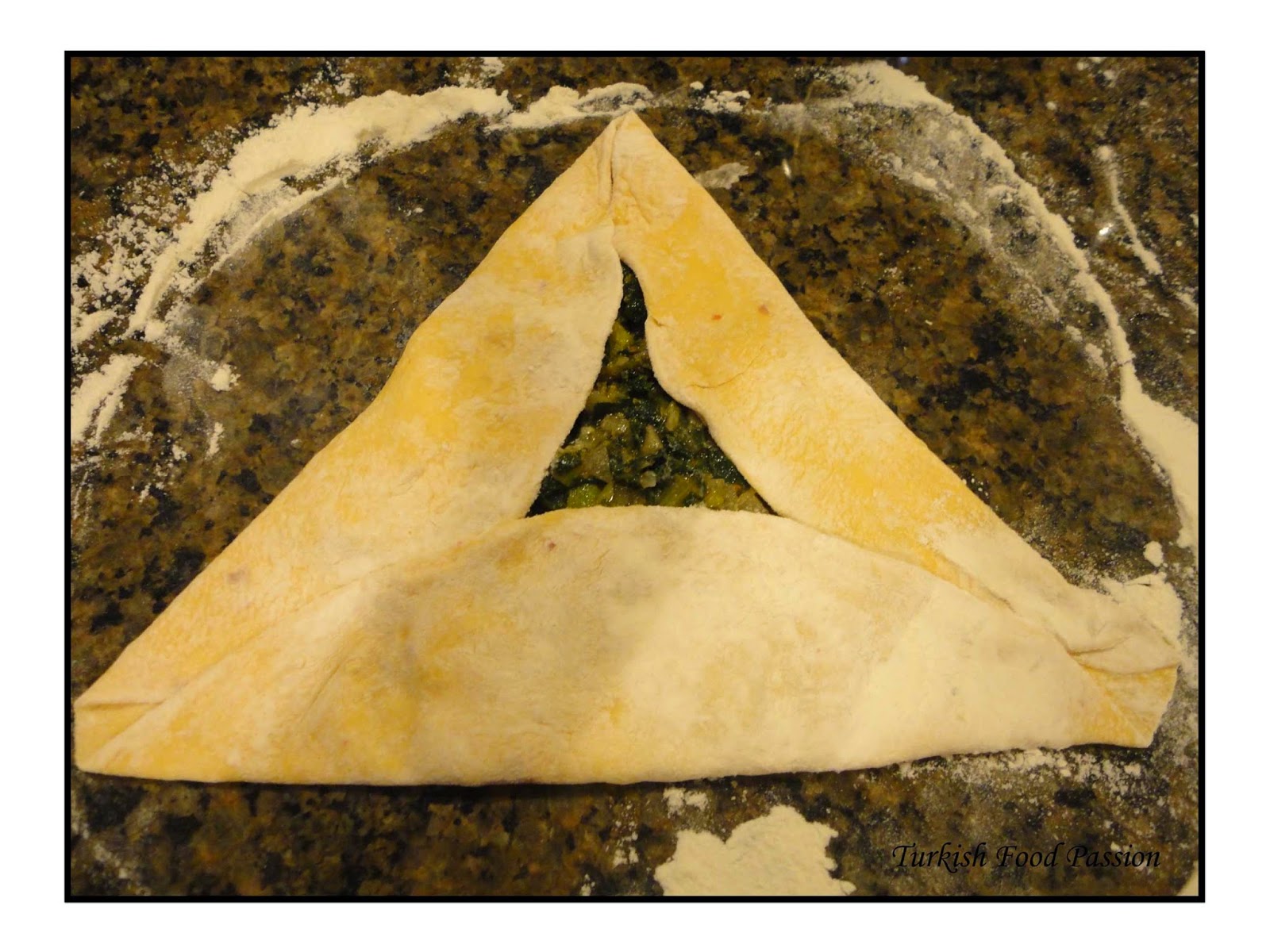 Place on a baking sheet and brush with olive oil. Repeat until all the dough and the stuffing are used up. 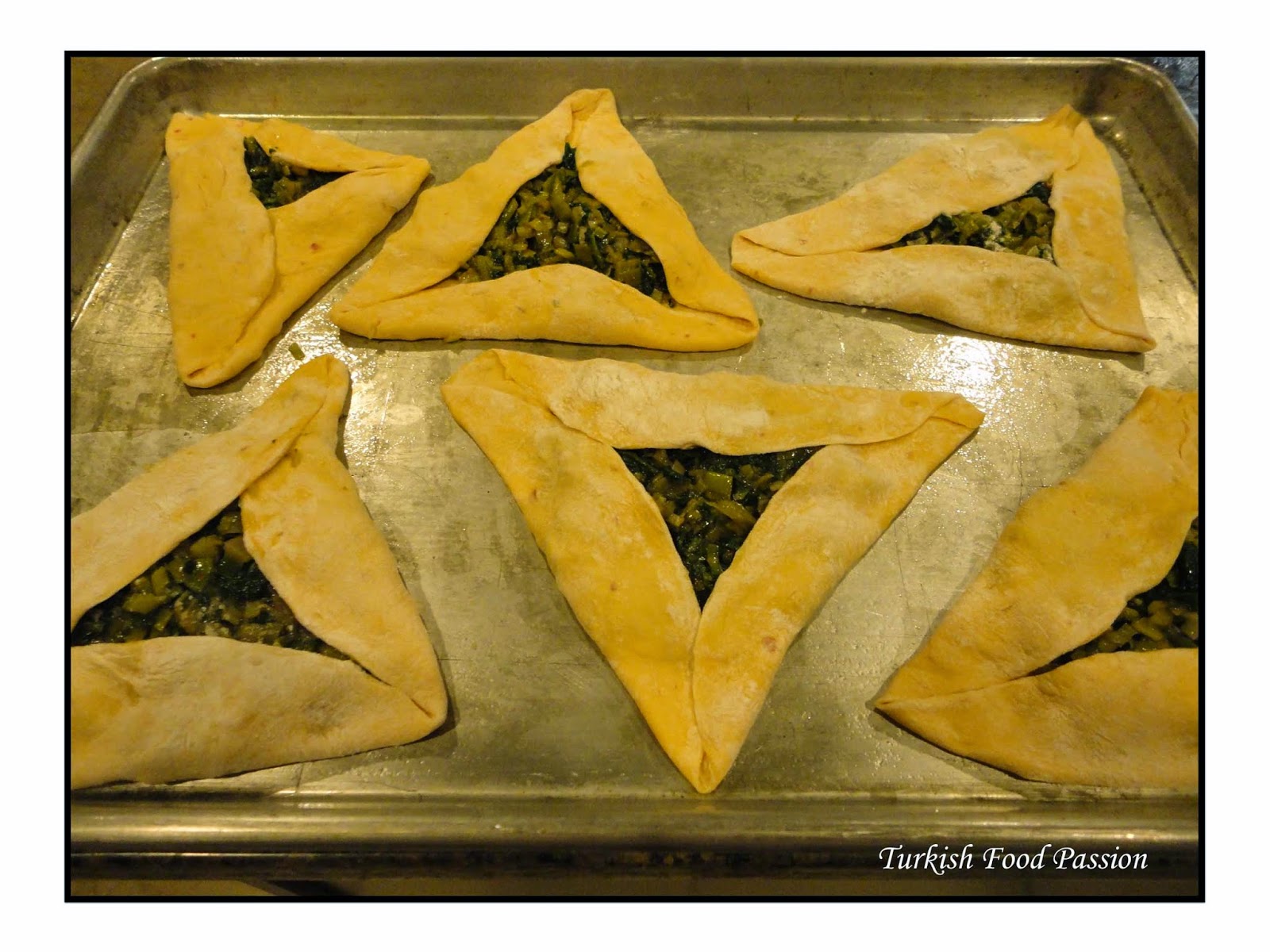 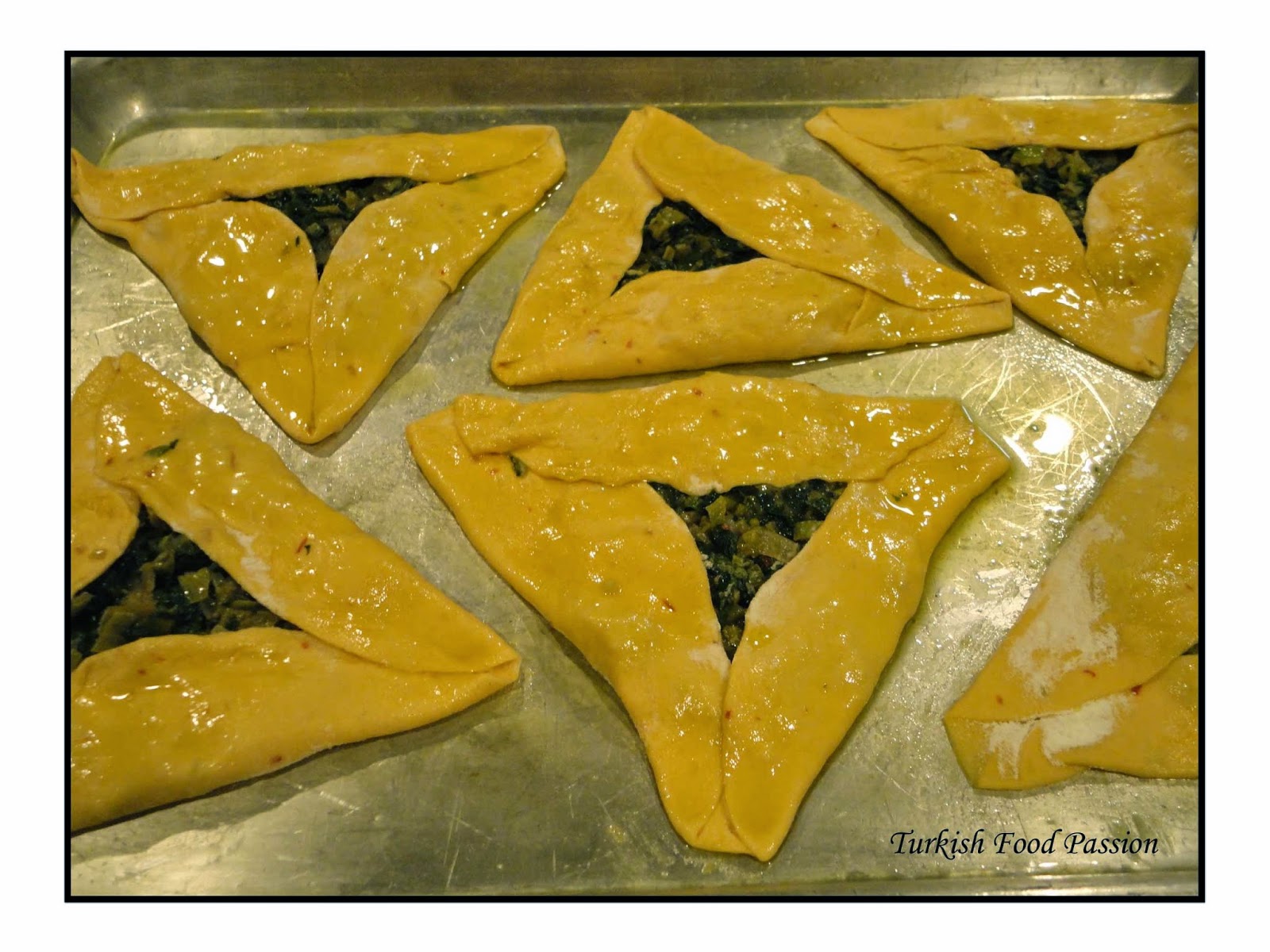 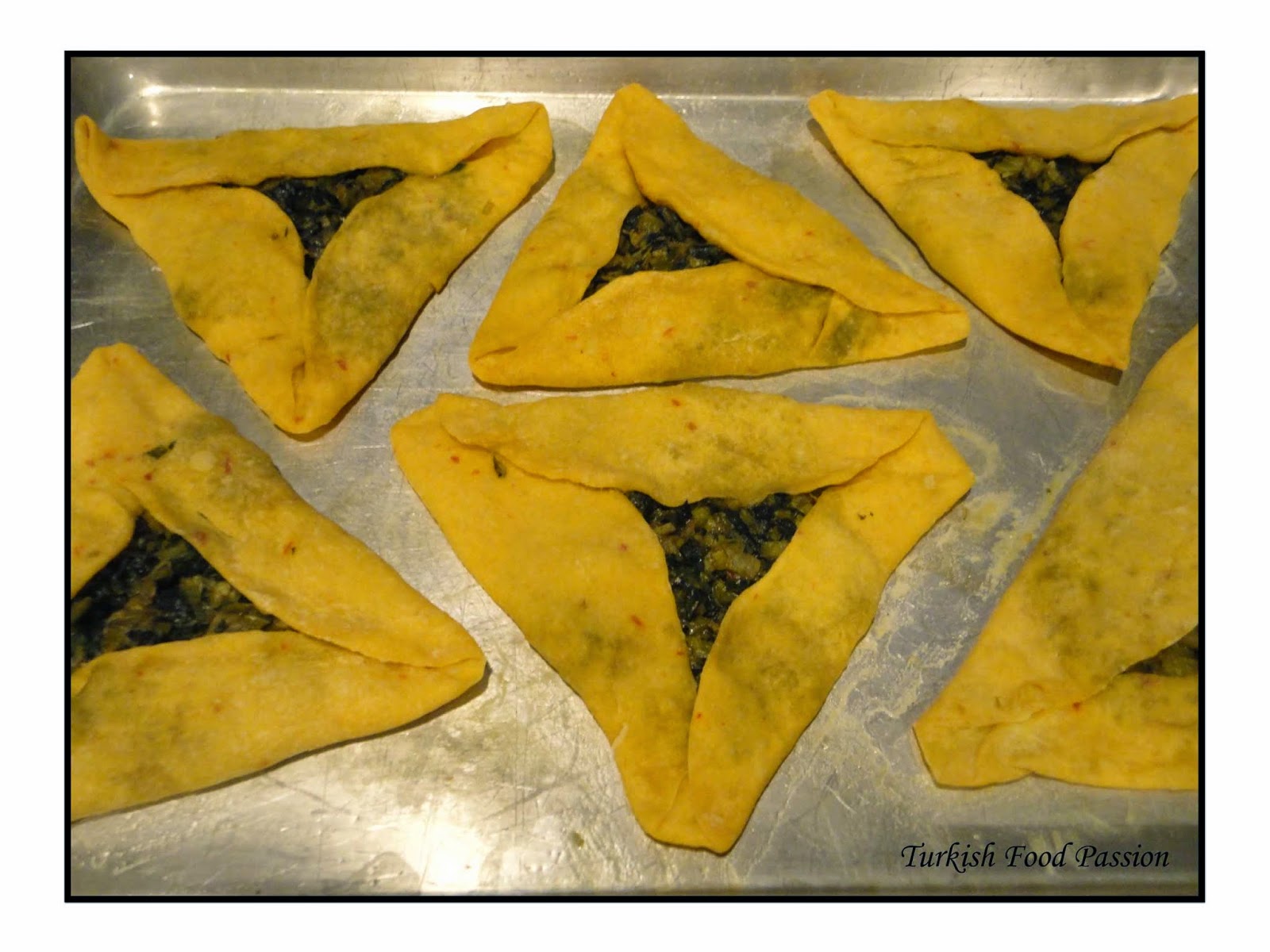 Enjoy with hot tea or with cold yogurt or yogurt drink.